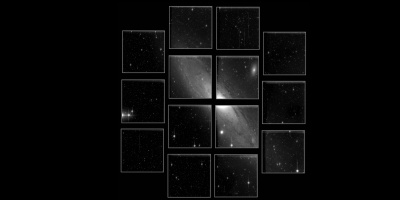 Image of the Andromeda Galaxy (M31), obtained during the technical first light of JPCam at the JST/T250 telescope of the Javalambre Astrophysical Observatory. M31 is located 2.5 million light years away, and has an angular diameter in the sky equivalent to seven full moons, being the largest extragalactic object that can be seen in the northern hemisphere. Credit: Centro de Estudios de Física del Cosmos de Aragón (CEFCA).

The milestone implies the technological completion of the Javalambre Astrophysical Observatory, in Teruel.

JPCam, installed last June at the Cassegrain focus of the 2.5m Javalambre Survey Telescope (JST/T250) of the Javalambre Astrophysical Observatory (OAJ), successfully achieved technical first light on the night of June 29, obtaining for the first time images of the sky. With this milestone, the OAJ completes the first-generation instrumentation defined to carry out its scientific activity in the coming years.

In the field of professional astrophysics, the technical "first light" of a telescope or astronomical instrument is achieved when, for the first time, photons from stars or galaxies are collected and recorded by the detectors. The technical first light aims at verifying the fulfilment of the main technical performances of the system as specified in the design phase.

“Given the large field of view of the JST/T250 telescope, equivalent to 36 times the area of ​​the full moon, the first observations with JPCam were aimed to verify the image quality and its homogeneity in the entire focal plane, observing areas of the sky with tens of thousands of stars in each exposure”, explained Dr. Antonio Marín-Franch, researcher at the Centro de Estudios de Física del Cosmos de Aragón (CEFCA), Head of the OAJ and project manager of JPCam. "This is, no doubt, the greatest complexity of the telescope-camera system, since it has been designed to provide very good image quality in an enormous field of view. This fact has conditioned the opto-mechanical designs of the JST/T250 and JPCam," he continued. "The night was great and we got fantastic results, measuring, as expected, an excellent and homogeneous image quality throughout the field of view”, he said.

JPCam camera is the definitive scientific instrument of the OAJ JST/T250 telescope, designed to perform large sky surveys. JPCam is the second largest astronomical camera in the world, with more than 1,200 million pixels distributed in a mosaic of 14 scientific detectors that work in high vacuum conditions and at -110 degrees Celsius. Weighting over 1.5 tons, it provides scientific image quality with high resolution across the wide field of view. So much so, that to view one of its full-scale images it would be necessary to gather up to 570 Full HD monitors. Such characteristics, together with the set of 56 unprecedented optical filters with which JPCam works, makes it one of the most powerful astronomical cameras in the world.

The success of the first technical light of JPCam is a fundamental milestone for the OAJ, which since 2014 has been recognized as a Unique Scientific and Technical Infrastructure (ICTS) by the Ministry of Science and Innovation. “The technical first light of JPCam implies not only the completion of the essential facilities of the ICTS OAJ, but the culmination of a decade of intense work that began in 2010 with the first conceptual designs of the OAJ wide-field telescopes and their future facilities”, said Dr. Javier Cenarro, researcher and director of CEFCA. “In 2010 the OAJ was just a pre-project, good ideas supported on paper. Today is a reality, thanks to the support of the institutions and the tenacity and good work of a fantastic team of scientists and engineers”, he concluded.

JPCam has been designed by CEFCA and by members of the J-PAS project (Javalambre Physics of the Accelerating Universe Astrophysical Survey), a scientific collaboration led by CEFCA and the Spanish National Research Council through the Instituto de Astrofísica de Andalucía (IAA-CSIC), in Spain, and the National Observatory of Rio de Janeiro and the University of Sao Paulo, in Brazil. The investment made in JPCam has exceeded 10 million euros, mainly coming from the Fondo de Inversiones de Teruel, FEDER funds and the mentioned Brazilian institutions.

The construction of JPCam has been one of the major R&D&I projects of the OAJ and the J-PAS collaboration that began in 2010. After the process of design, review, technical management and manufacturing of its various components, the assembly, tuning and verification in the clean room of the observatory has been carried out by the CEFCA engineering team for the last two years. “The conception, design and construction of instruments such as JPCam represent a huge scientific-technical challenge. Most of JPCam components and subsystems are prototypes designed and tested for the first time in this instrument ”, explained Dr. Marín-Franch.

Once it comes into scientific regular operation, JPCam will be mostly devoted to the J-PAS survey, a three-dimensional map of the sky visible from Javalambre, which will cover an area of ​​8,500 square degrees and generate 2.5 petabytes of scientific data. Also, at least 20% of the time will be offered to the international scientific community, as part of the open time offered by the OAJ as ICTS so that researchers can access the use of their infrastructures through regular calls for competitive observation time.

The data collected by JPCam will be of great importance for different fields of Astrophysics. J-PAS will allow to study questions such as the nature of dark energy or the history of the expansion of the Universe throughout the last 10.8 billion years, as well as the formation and evolution of galaxies, the structure and history of our Galaxy, the Milky Way , or the systematic study of asteroids in our Solar System. 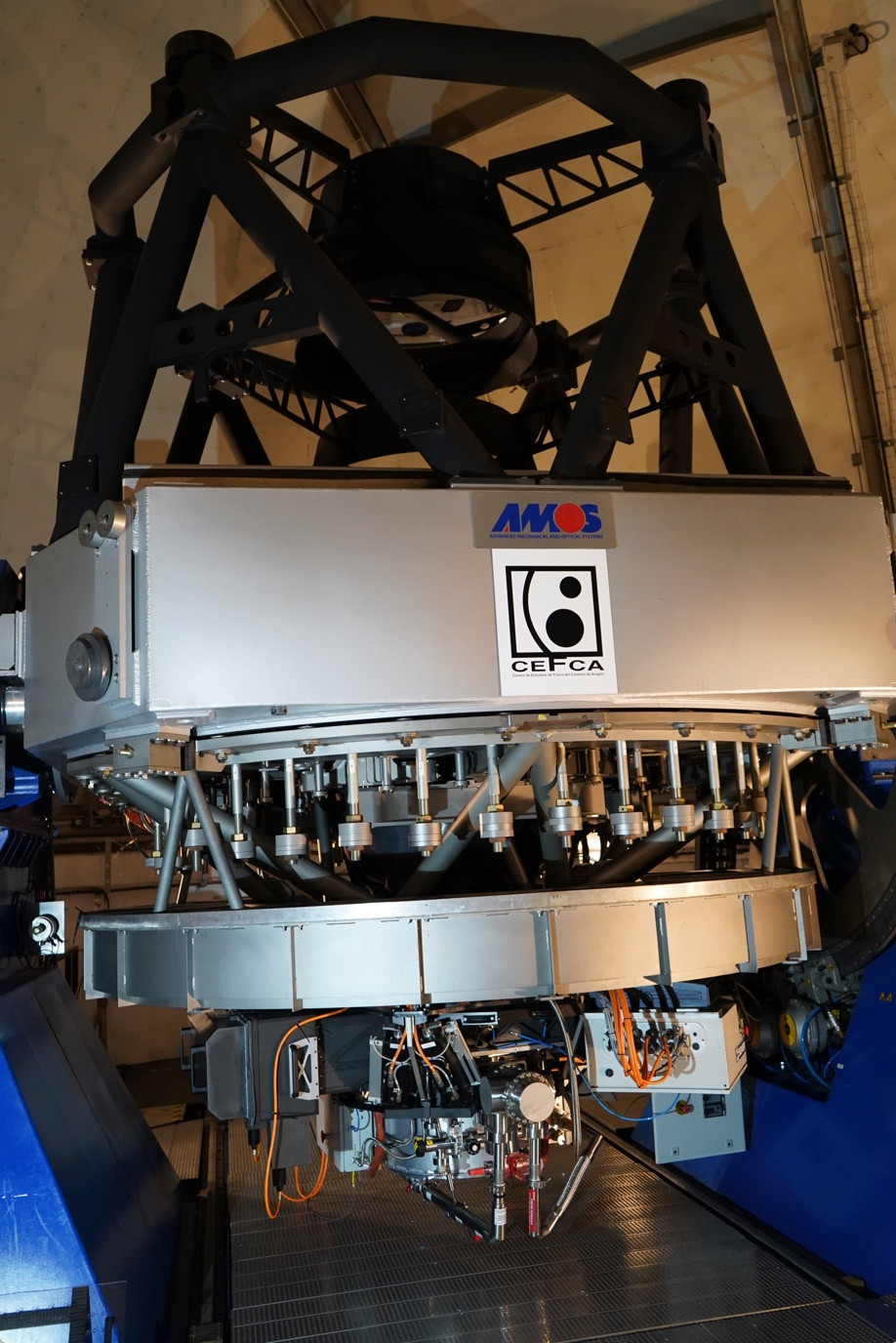